How identity has changed over the past 100 years 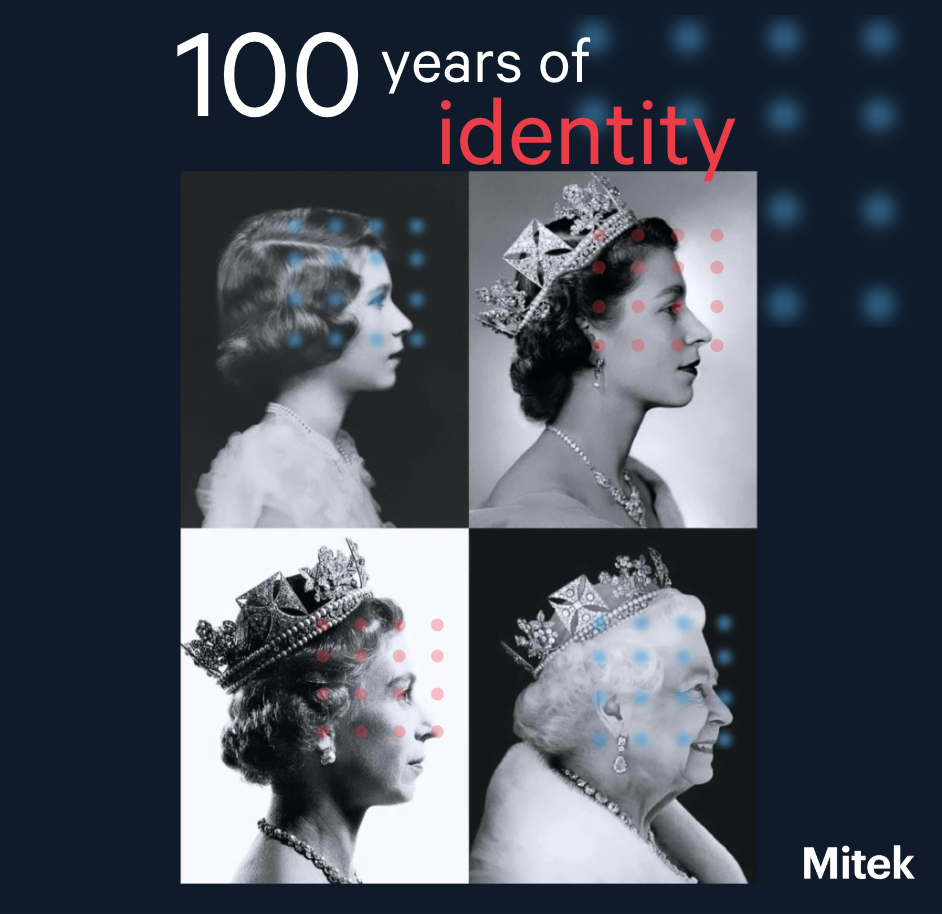 In 1926, Queen Elizabeth was born into the royal family and would embark on a long, illustrious life as the face of the monarchy. While the Queen’s identity didn't change much with her love of corgis, vibrant wardrobe, and an unflappable sense of duty during her 96 years, the field of identity verification underwent seismic changes during that time. The concept of ‘identity’ gradually transformed from simply who a person is to encompassing everything about a person – both physically and digitally. As the definition of identity transformed and developed through technology and societal evolution, so did the practice of protecting it. As we reflect on her Majesty’s incredible life, we also take a look at the transformation of identity verification and security over the past 100 years.

For most of history, it was normal not to have any form of identity verification. Driver’s licenses didn’t include any pictures, and legal contracts simply included the parties’ signatures. It was around the time of the Queen’s birth that people’s identities began to be verified and tracked with more documents, rules, and rigidity.

A first glimpse at the identity revolution was seen in 1936 with the introduction of physical Social Security Number Cards in the US and National Registration Identity Cards in the UK in 1939, but it wasn’t until the 1940s that additional forms of identity verification began to roll out, as a result of rapid industrialization.

The 1940s saw the formal use of the photo ID card for verification. Driven by the work of psychologist Erik Erikson on social identity, identity cards saw increasing personal information used to verify a person’s identity. The importance of storage and security of this type of information became of prime importance as post-industrial society began to take shape.

February 6, 1952 - Elizabeth becomes queen upon the death of her father George VI. 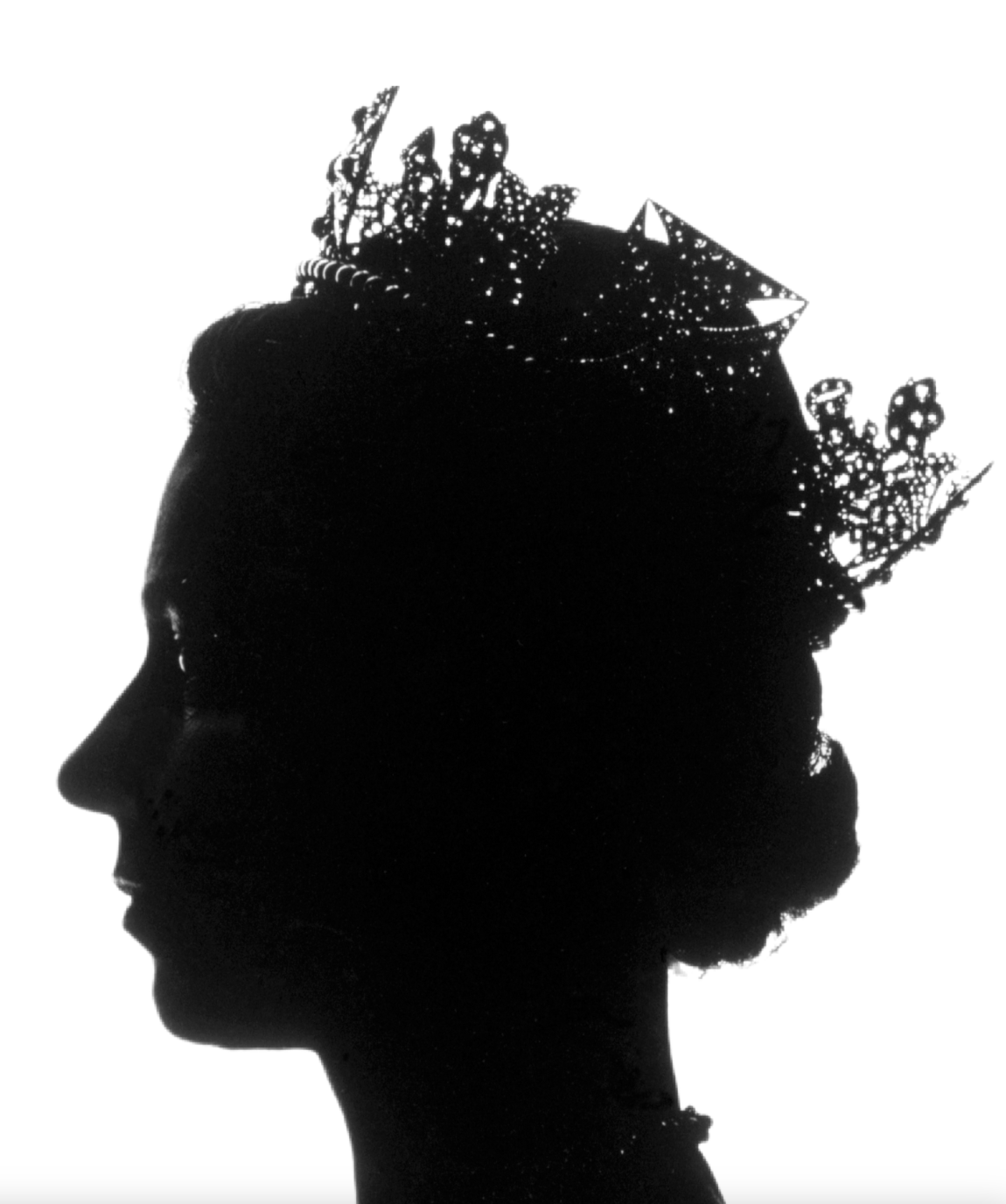 With the digital world at the beginning of its infancy, the 1960s saw the first use of digital passwords at the Massachusetts Institute of Technology. The familiarity of words and numbers made this an obvious choice for ID security. However, during the same decade, a bug in the system allowed for unauthorized access to the password database, resulting in the first case of a data breach.

May 1965 - Among the notable cultural identity moments during her royal reign was the Beatles’ visit to Buckingham Palace in London on October 26, 1965. The rock superstars received medals of honor and named Members of the Order of the British Empire by Her Majesty.

The early ’60s also saw the birth of facial recognition. This was rarely used given the primitive technology at the time. In 1975, the first concept of retinal scanning emerged. An official patent was approved a few years later, with commercial use starting in 1981.

In 1977, the U.S started to digitize paper records. This allowed for cross-referencing individual records between various institutions and facilitated the tracking of transactions.

The 1980s saw digital records go mainstream. Smart ID cards were rolled out across Europe to track people’s citizenship, healthcare, and finances. Fingerprint scanners also took off during the 1980s, along with significant improvements to facial recognition technology.

July 1996 - The Queen hosts and befriends South African President Nelson Mandela at Buckingham Palace in London for a four-day state visit to his country’s former colonizer. Addressing members of Parliament, he denounced racism as “a blight on the human conscience.”

In 1997 deepfake technology started to be developed, but it wouldn’t be take off and become a real security concern until around 2017 when the term “deepfake” was coined by a Reddit user who shared deepfake content on the social media platform.

Multifactor verification started to take off just before the turn of the century, giving users the ability to retrieve and change their lost passwords.

August 31, 1997 - Princess Diana dies in a car crash in Paris. Under public pressure to demonstrate her grief, Elizabeth makes an unprecedented television broadcast in tribute to Diana’s memory.

With internet use now widespread, there was a need to separate human users from bots that were increasingly being used for data breaches. This resulted in the adoption of CAPTCHA technology in 2001, requiring humans to solve simple puzzles for data access. Although not foolproof, CAPTCHA significantly improved ID security and reCAPTCHA is still being used today.

The events of 9/11 in 2001 introduced a host of legislative measures aimed at increasing ID security, including the USA Patriot Act which increased due diligence for Know Your Customer (KYC) by requiring all financial service providers to establish Anti-Money Laundering programs.

In 2004 advanced biometrics including the first statewide automated palm print database were released in the US. 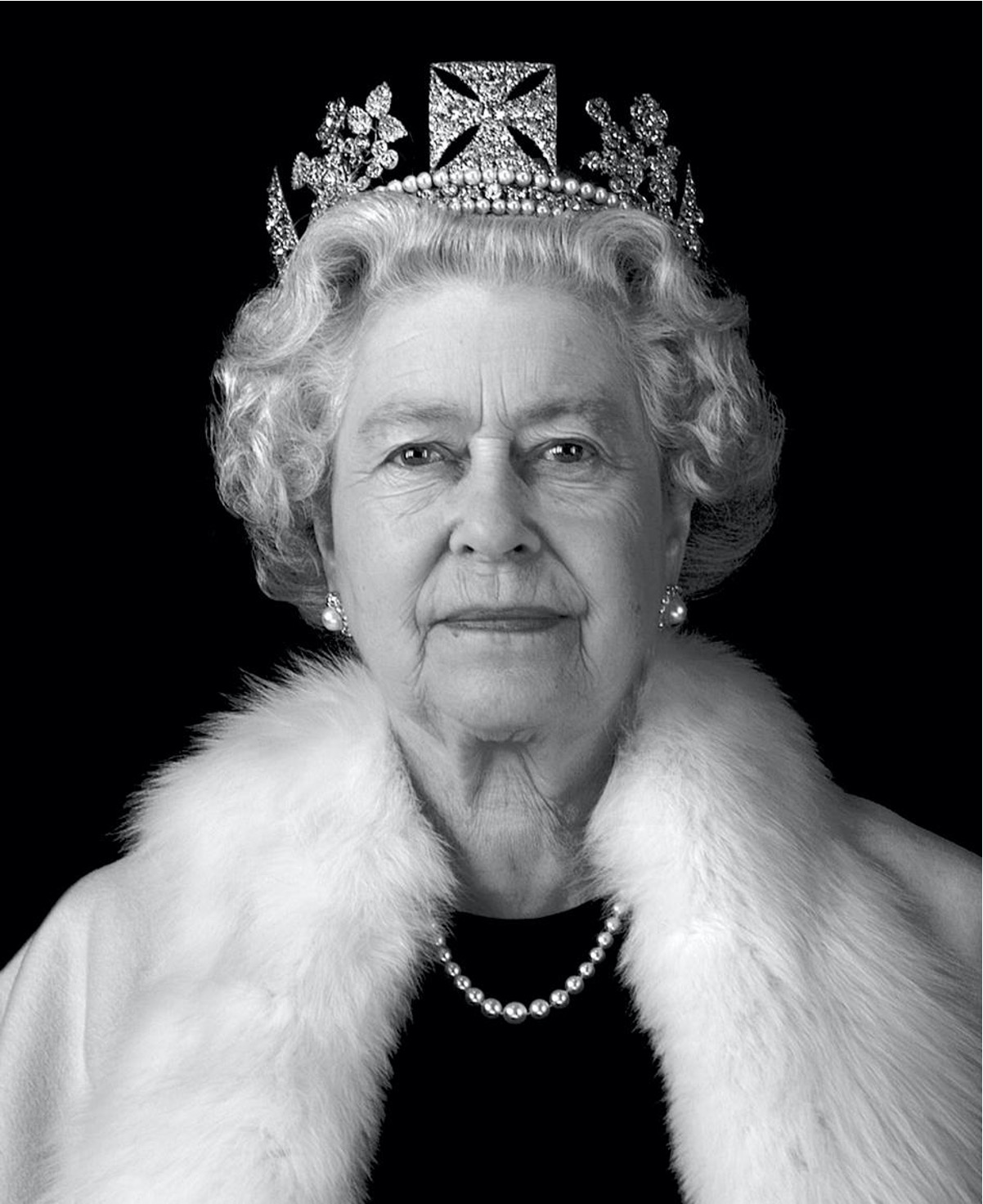 Shortly there after in 2005, with the popularity of online shopping and banking soaring, an additional verification security measure was introduced, requiring the binding of online transactions to offline documents that were uploaded and verified.

Over the next two decades, the rapid rise of smartphones brought in a flurry of security technologies:

In 2020, the global pandemic accelerated the need for ID security and gave rise to the adoption of artificial intelligence for behavior detection. Major concerns begin to surface around deepfake technology in December 2020, after it was used to broadcast a fake video of Queen Elizabeth’s annual Christmas message.

Also in 2020, along with huge advancements in biometric technology like voice and face recognition, biometric bias comes front and center and exposes AI and machine learning as oftentimes biased if not trained correctly.  Individuals can be discriminated against unknowingly during verification and authentication processes based on race, gender, age, eye shape, and cultural garments like hijabs.  These biometric biases can lead to lack of access to services, poor customer experiences, and false positives /false negatives which can lead to fraud.

Identity, with all of the security and verification that comes with it, has taken giant leaps during the 70-year reign of Queen Elizabeth. And as the British monarchy continues to evolve in its identity post Elizabethan era, so too must the technology needed to safeguard it as the digital world becomes more complex. With increased challenges around security, privacy, and user interface, there is no shortage of excitement to come in this ever-changing global environment.