The massive digital transformation that took place in 2020 has led to the rapid adoption of technology across a wide range of functions, from banking transactions to grocery shopping. Unfortunately, the adoption of smart and digital services has created new challenges in regards to increased fraud and cybersecurity threats.

While biometric identification is helpful to verify identity securely, it presents its own set of advantages and disadvantages. For example, although difficult, it’s possible for fraudsters to fake a fingerprint image and trick the system.

This has resulted in a wide exploration of secure identity verification techniques like multi-factor authentication, behavioral biometric recognition technology, and more. One such new, cutting-edge technology being developed is finger vein authentication technology. It’s said to be more secure than fingerprint identification, as it can’t be copied.

What is finger vein recognition?

Finger vein biometrics, also called vein matching or vascular technology, is a technique for biometric authentication that analyzes the patterns of blood vessels visible from the surface of the skin of fingers. This technique relies on capturing images of the veins inside one’s hand by shining near-infrared light on their fingers. This makes it almost impossible to counterfeit. In addition, blood flow in the veins during identification ensures that the individual is alive and real, rather than a fraudster. 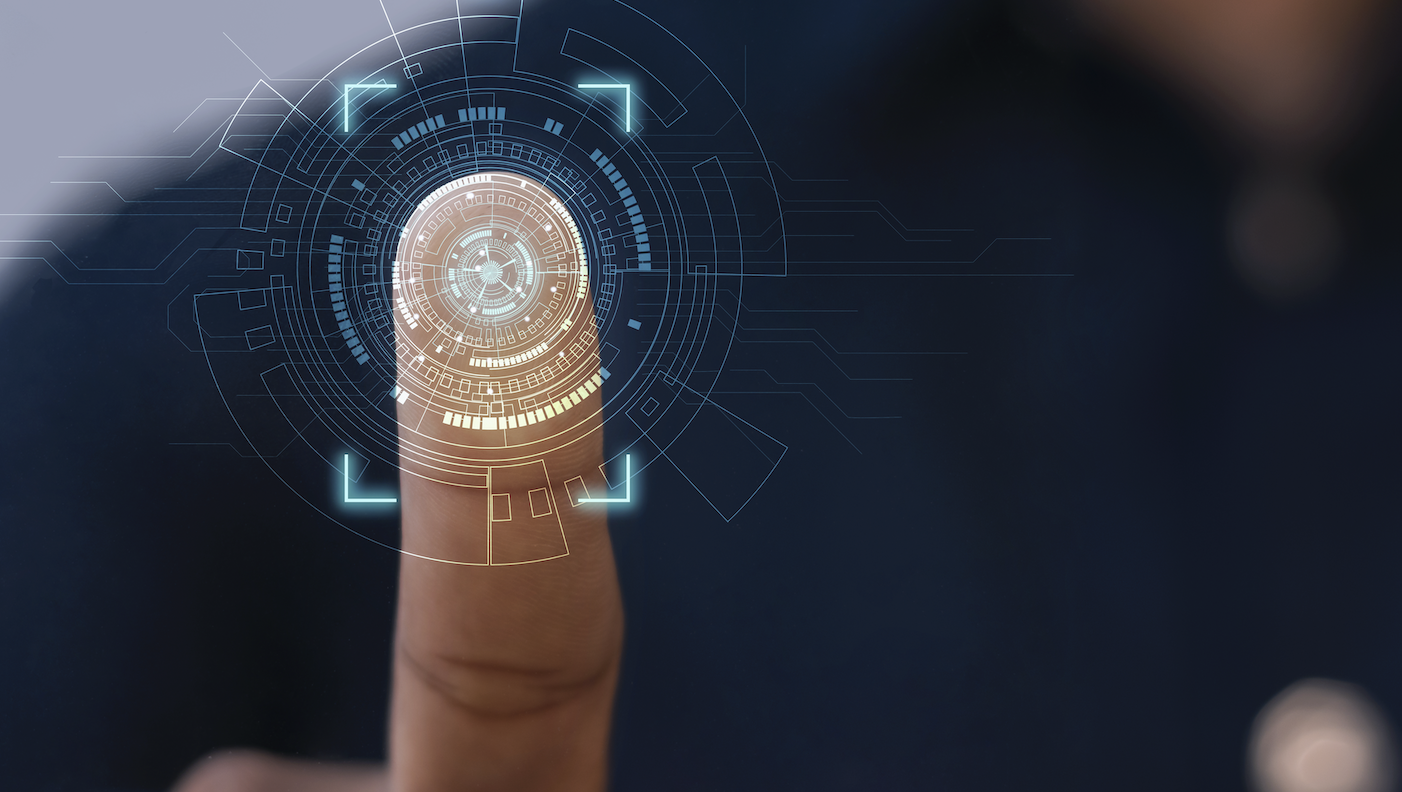 Finger vein recognition biometrics is based on the images of the unique veins beneath the skin of an individual’s hands. To capture the pattern, an attester terminal containing a near-infrared LED (light-emitting diode) light and a monochrome CCD (charge-coupled device) camera is utilized. The hemoglobin in the blood absorbs the light, which makes the veins appear as a pattern of lines. The camera records the image and the raw data is digitized and sent to a database of similar images.

For authentication, the finger is scanned by a special camera in the same way as before, and the data is verified against the database of registered images. The whole process takes less than two seconds. These near-infrared camera systems can also be built into mobile devices, to enable ubiquitous and secure identification.

Since it is based on the vein patterns under the skin surface, it is said to be more accurate than a fingerprint, which have been faked in the past. Also, since it’s the veins, this authentication process provides proof that the individual whose identity is being verified is a live person.

How is finger vein biometric technology being used?

In fact, Egypt has already integrated finger-vein recognition in its national ID program. This initiative is the first of its kind by any administration in the world. The country is leading the charge in authentication technology and the results of the program will set the stage for adoption by other countries.

Facial recognition and AI-based biometrics have increasingly been in the news as a result of their unintentionally coded demographic bias, particularly when used in law enforcement. However, the negative impacts of biometric bias reach far beyond into everyday use cases. For example, false negative authentication might occur during an ATM transaction or a false positive during online banking, which opens the door to fraudulent activities.

Finger vein biometrics avoid the issue of biometric bias completely. This is because biometric bias is caused by an algorithmic misunderstanding when it’s tasked with the automated recognition of people based on their behavioral and biological characteristics. However, this problem is eliminated, or at least minimized, if physical characteristics do not come into play at all and, instead, authentication is dependent on the inner workings of the body. Finger vein biometrics, which depends on a database of vein patterns, circumvents systemic biometric bias.

Additionally, finger recognition efficiency is affected by environmental changes. For example, low temperatures raise blood viscosity, meaning that the finger veins contract and produce poor image patterns. In elevated temperatures, the opposite happens and the finger veins expand. This could lead to a lot of false negatives during identification in extreme climatic conditions. Other challenges include customer adoption (since the technology is new and largely unknown), and scalability.

Overall, finger vein recognition is a promising new technology that has the potential to supplement, or even replace, fingerprint identification biometrics in the future as it is a safer, more secure option. It also has the potential to remove bias from biometric identification techniques, leading to more secure, diverse, and inclusive digital verification systems all over the world.