May the 4th be with you: true identities of Star Wars favs 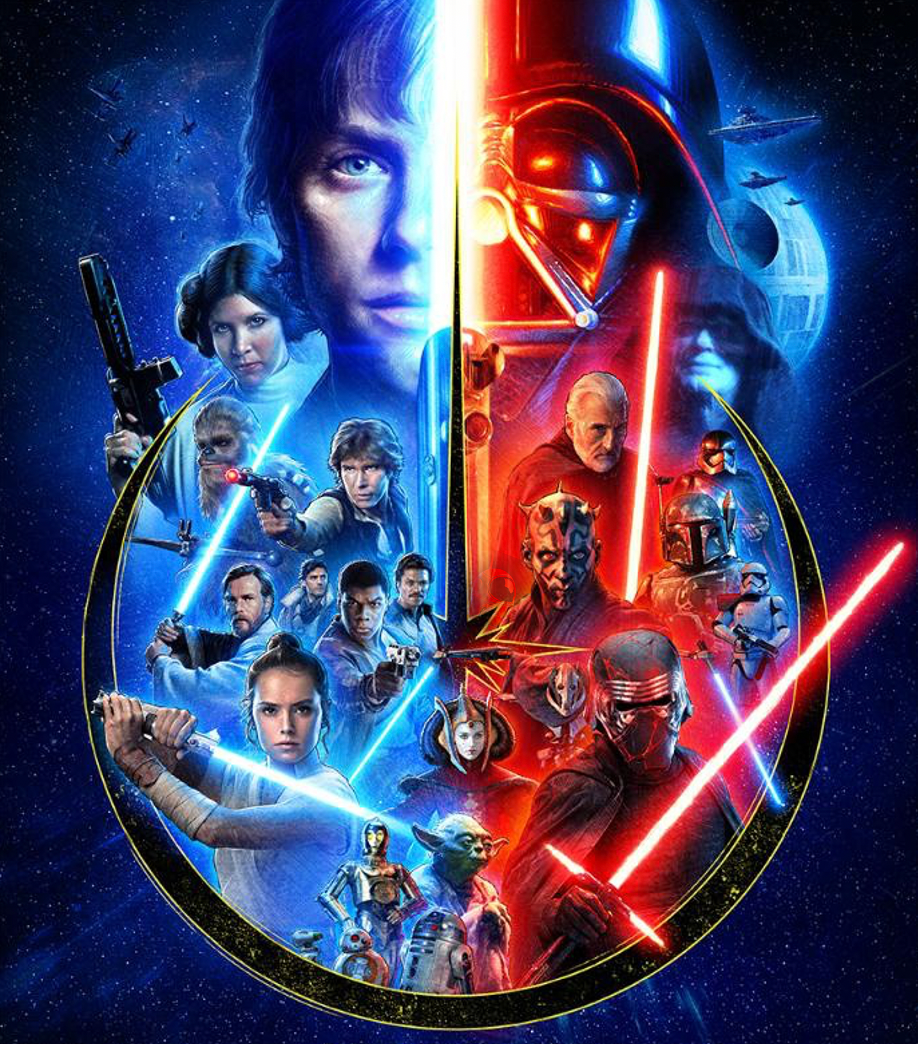 The importance of personal identity has never been more felt than in recent years. We hear stories left and right about the latest privacy issues, data breaches, and identity theft cases being investigated. It’s understandable why people are feeling increasingly uneasy about the safety of their personal data, and by extension, their digital identities.

In fact, a recent consumer survey showed that 86% of Americans feel a growing concern about data privacy. This goes hand-in-hand with consumers becoming much more aware of how their data is being used online, such as for targeted advertisements based on browsing history and geographical location. The heightened alertness indicates something that rings true for the majority of us: In order to feel safe, protecting our identities is a must.

There are just some things we don't want others to know about us, let alone fraudsters. That's why in this day and age, we find ourselves fighting to keep our identities safe from prying eyes. Anything worth having is worth fighting for. And that adage even extends beyond our world into galaxies far, far away.

We all know that George Lucas does a great job at in-depth worldbuilding, providing us with thrilling adventures, and creating a dynamic cast of characters in the Star Wars universe. But did you also notice that a theme for many major Star Wars characters was that they had a secret identity? They each had their own reasons for doing so– some noble while others not so much. Keeping the element of surprise definitely makes for good storytelling, but we think there's more to Star Wars identities than that.

Identity plays a pivotal role in the development of a lot of the main characters in the Star Wars universe. By discovering, owning, and changing their identities, they are able to shape the trajectory of not just themselves, but also their families, communities, and even the future of the galaxy itself. Who was best at the whole alias game and why did they do it? To what lengths did they go to keep their secrets? In the end, how well were their identities protected? Let’s find out.

Hear what real-life industry innovators are saying about identity 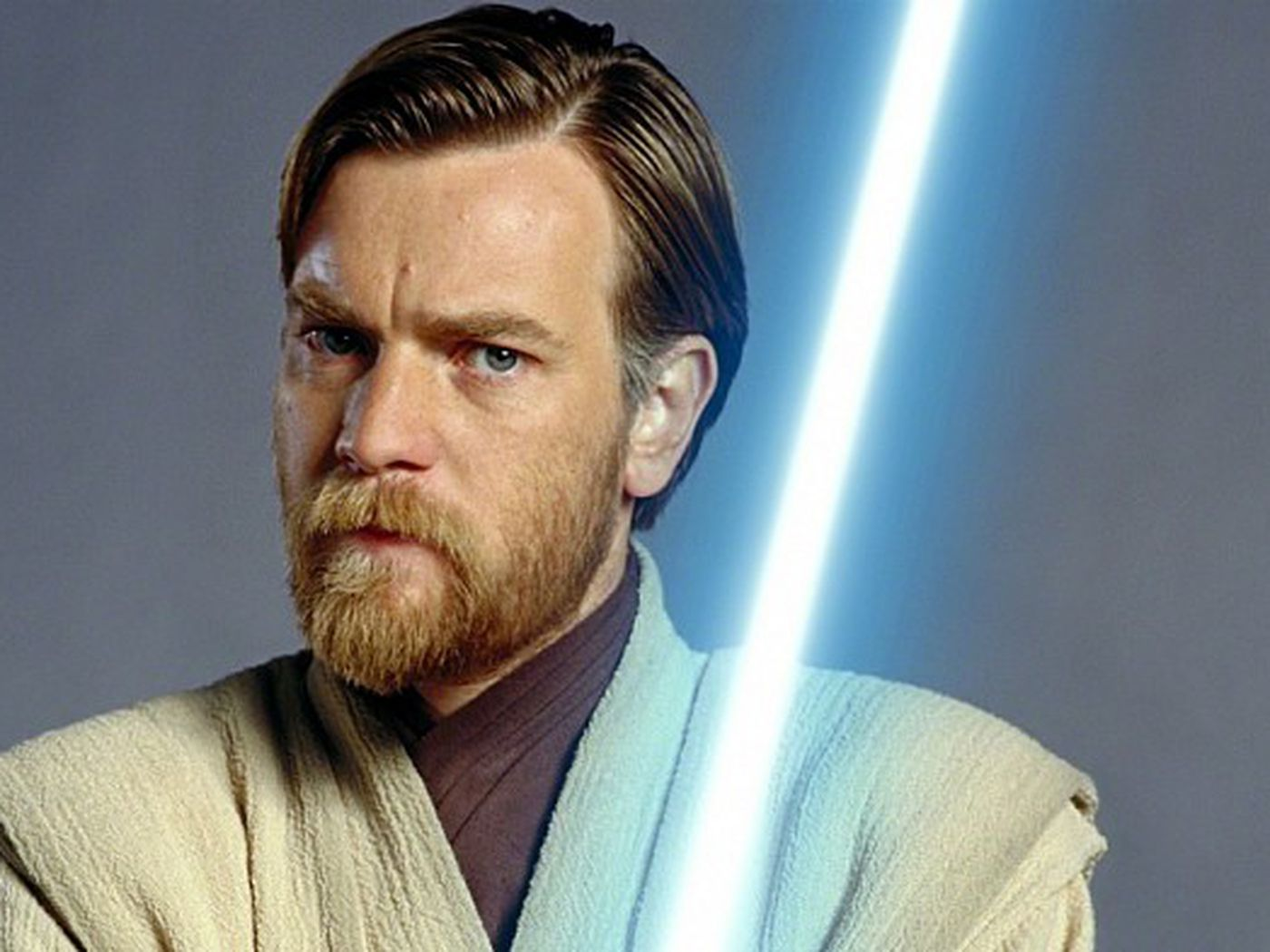 Obi Wan Kenobi’s double life began after his bloody confrontation with his former Padawan and friend, Anakin Skywalker. In order to protect himself, the remnants of the Jedi Order, and baby Luke from the pursuit of the newly established Empire, he had to go into exile. He left for the planet furthest from the center of the universe, Tatooine, and brought Luke with him to be raised by his aunt and uncle.

Obi-Wan adopted the alias “Ben” Kenobi and lived out in Tatooine’s Dune Sea as a hermit. Although he kept a low profile, he was still able to watch over the growing Luke. It was almost two decades before Luke discovered Ben’s true name, when R2-D2 came on a mission from Princess Leia to find Obi-Wan Kenobi.

Obi-Wan was able to keep his secret identity safe until the time was right for young Luke to learn the truth about his father and the ways of the Jedi. His actions paved the way for the young Jedi to fulfill his destiny and restore balance to the galaxy.

There’s a reason why Darth Vader’s “I-am-your-father” scene has been dubbed “the greatest cinematic reveal of all time.” When the movies were first released, no one saw it coming, and with good reason. As a Sith Lord, Anakin had the perfect cover up: A new name, a face mask, and an eerie, altered voice. Plus, there was the fact that the entire galaxy thought he had already died during the Clone Wars. No one really knew who and what he truly was, except perhaps for Grand Moff Tarkin who privately deduced that he was once Anakin Skywalker.

Although he was once a promising Jedi Knight, Anakin joined the dark side in order to learn the power to save his dying wife. Tragic as his motivations may have been for adopting a new identity, Anakin did manage to retain a fragment of his past heroic self. He sacrificed himself to save his son Luke, who was on the brink of death during a critical battle with Darth Lord Sidious. Hearing Luke call out to his father allowed Anakin to unlock past memories and remember who he truly was deep down. 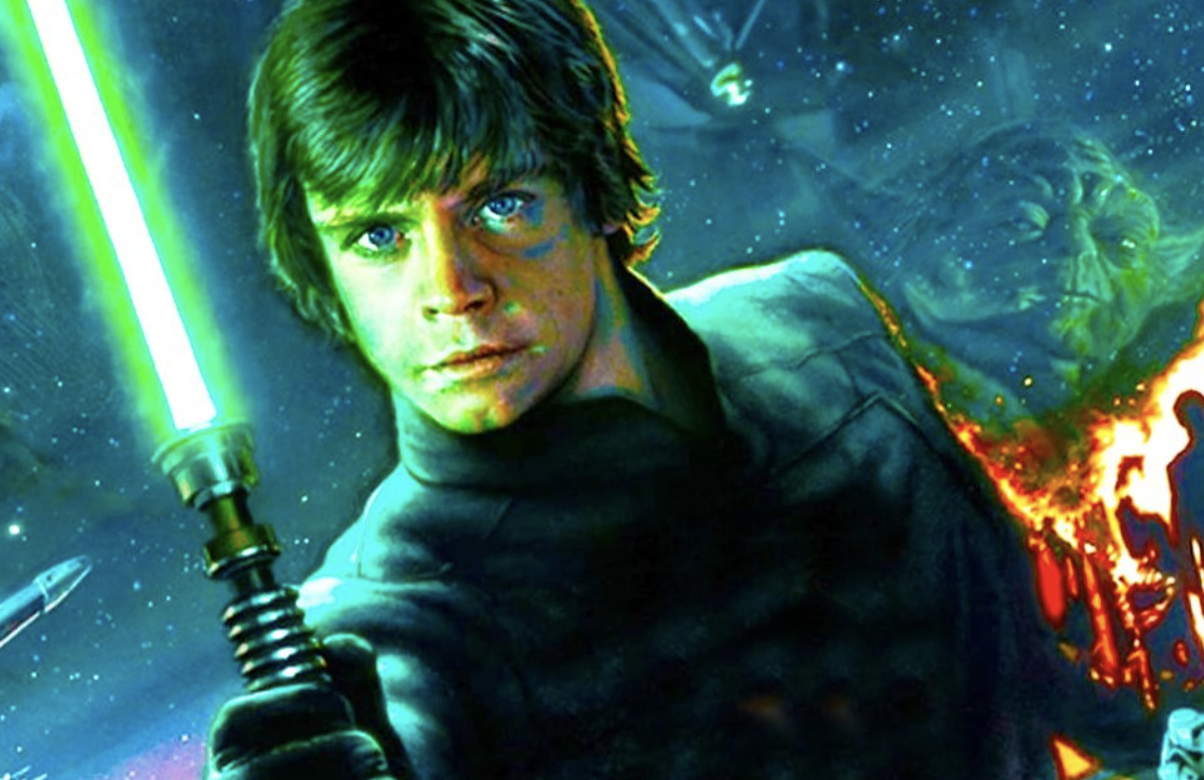 Growing up as the only son of farmers in Tatooine, Luke likely just saw himself as another ordinary boy. When he joins the rebellion and trains to become a Jedi master, his true identity slowly starts to come together like a puzzle. Of course, there was his pivotal encounter with Darth Vader, which utterly shocks and crushes Luke. Shortly after, a dying Yoda tells Luke about the existence of another Skywalker in the Force. In a vision, Obi-Wan Kenobi further explains to Luke about how his father came to be Darth Vader, and tells him that he has a twin sister. Luke somehow pieces things together to conclude that Leia was his sister. As for why the twins had to be separated:

“To protect you both from the Emperor, you were hidden from your father when you were born. The Emperor knew, as I did, that if Anakin were to have any offspring, they would be a threat to him. That is the reason why your sister remains safely anonymous.”
-  Obi-Wan Kenobi

Luke’s true family history was kept hidden from him not just for his own safety, but also in hopes that he could live a peaceful life. His uncle, Owen, even went as far as to say he hoped the young boy would learn nothing of his father or the Jedi ways, so that there would be no chance of him ever walking down the same dark path. Their intentions to protect Luke paid off, as he was able to come to terms with everything in due time and become a righteous Jedi who saves the world. 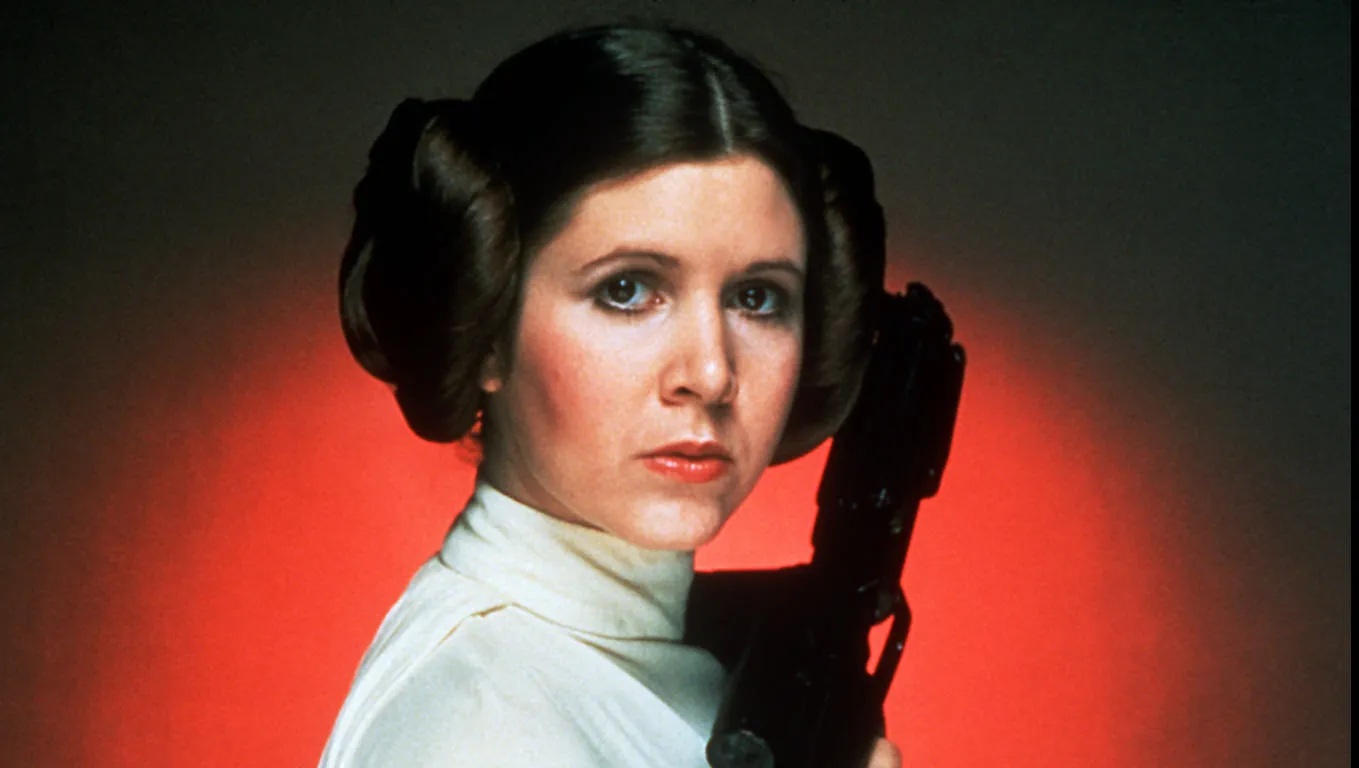 Leia was raised as an Alderaanian by her adoptive parents, Beha and Bail Organa. She lived an entirely different life from her twin brother, being adopted into a royal family and raised as an heir to the throne. It was long after she joined the rebellion forces and met Luke that she was told about her birth family. Surprisingly, after the reveal, she claimed to have known all along that Luke was her twin brother. She made no comment after learning that Darth Vader was her father, but she did seem a bit distraught after the conversation with Luke.

Again, in Leia’s case, the credit for protecting her identity goes to the Jedis who planned for her to be raised apart from Luke. She had just as much power and connection to the Force, and would have been the one to carry on the mission to overthrow the Empire in case Luke failed to do so. But her powers were never brought to the forefront so that she wouldn’t draw any unwanted attention to herself. In the end, their plan worked and both Skywalkers contributed greatly to the triumph of good over evil. 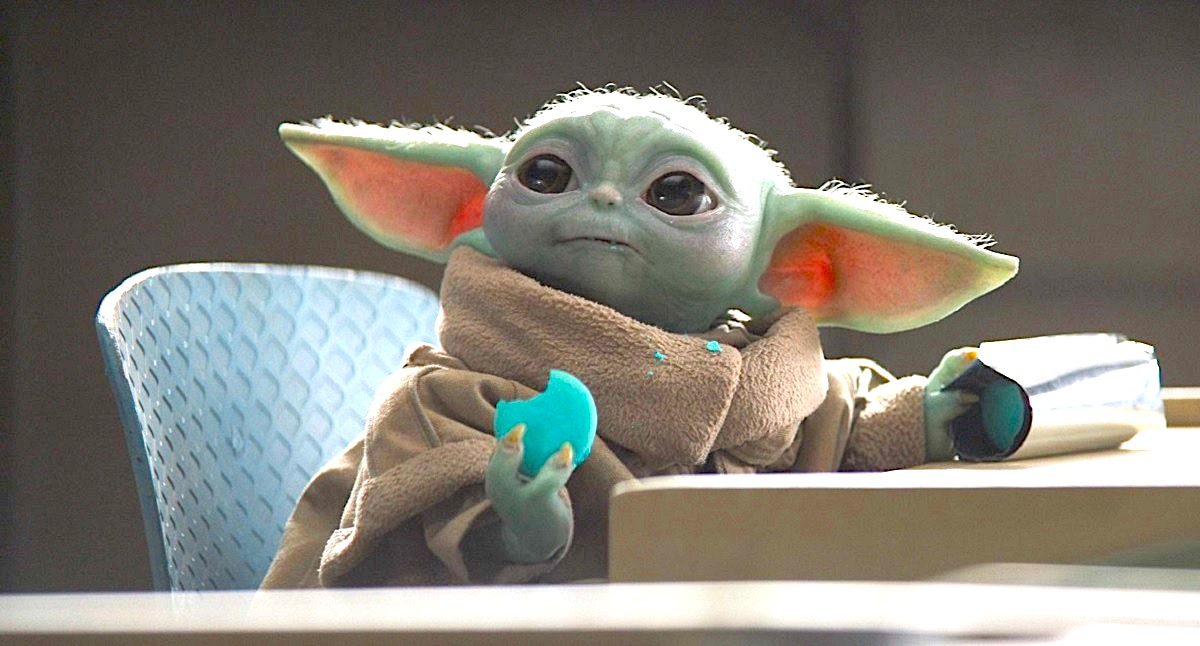 Affectionately known as ‘Baby Yoda’ by fans, the small green companion of the Mandalorian bounty hunter Din Djarin was shrouded in mystery. Bearing such a likeness to Yoda, some even speculated that he was a reincarnation of the old Jedi master. Not much is known about his species, but we now know about his personal life.

Grogu's past memories were accessed by Ahsoka Tano during a visit to the planet Corvana. He was raised by masters at the Jedi Temple on Coruscant. Although he survived a siege on the temple, it traumatized him so badly that he hid his Force abilities. When faced with the choice to return home, Grogu decides not to walk the Jedi path and instead is reunited with Djarin, whom he has now formed an inexplicable bond with.

Whether in fiction or in real life, people's identities are safeguarded for all kinds of reasons. A brief look into the Star Wars franchise confirms just that. This type of popular storytelling goes to show just how important identity has, and always will be to us, and why people need to be able to protect it.

As the world grows increasingly digital-centric, it is not just our physical identities that need to be protected, but also our digital ones. In order to address current fears about data privacy, companies need to show that they’re committed to investing in solutions that fight fraud and keep information secure.

Download our white paper to learn how we battle identity theft on a daily basis.