The recent escalation of data breaches affecting millions of consumers globally and the growing sophistication of money laundering and terror funding activities have created lengthening KYC procedures and added strain on financial institutions.  As a result, new client onboard takes 22% longer than a year ago.

According to a report by Thompson Reuters, the onboarding time is anticipated to increase another 18 percent over the next year.  This raises concerns within an already overwhelmed financial services industry that has to cope with stringent Know Your Customer (KYC) requirements and at same time provide an engaging user experience to keep attracting new customers.

This reality is particularly acute in countries such as the UK, where approximately 20% of retail banking prospects are new to country and therefore subject to an even more cumbersome account opening experience. Banks offering easy to use, fast, and secure ways of opening an account will tap on a steady stream of high value customers coming from abroad: migration has increased the UK population by more than 240,000 people per year on average from 2004 to 2014.

Data gathered by the National Office of Statistics reveal that rises in immigration tend to coincide with expansion of the European Union, allowing more people to freely migrate to the UK, while international immigration by students increased during the late 2000s, peaking between 2009 and 2011. The share of foreign-born people in the UK’s total population increased by over 50% between 1993 and 2014. During the same period, the share of foreign citizens rose from 3.6 to 8.5%, while that of recent migrants increased from 1.4 to 2.7%.  India, Poland, and Pakistan are the top three countries of birth for the foreign-born, accounting respectively for 9.2, 9.1 and 6% of the total, followed by Ireland and Germany. India and Poland remain the top two countries of citizenship of foreign citizens.

Meanwhile, the upcoming exit of the UK from the European Union will add even more complexity to the market, making it critical for financial institutions to have their digital channels ready to cope with a larger influx of international customers presenting global IDs to prove their identity at enrolling time. Furthermore, post-Brexit, the UK is largely expected to switch to ‘Non-EU’ ID documents, while still having to process and deal with many ‘new-to-country’ and other non-UK identity documents.

A good example of how quickly local and international banks will need to adopt user-friendly ways of using global IDs to meet standard KYC requirements for identity verification is that following the UK's referendum vote to leave the EU, many ‘Remain’ voters looked into their family tree to grasp hold of the Irish branches of their family trees, obtain Irish passports and remain in the EU. 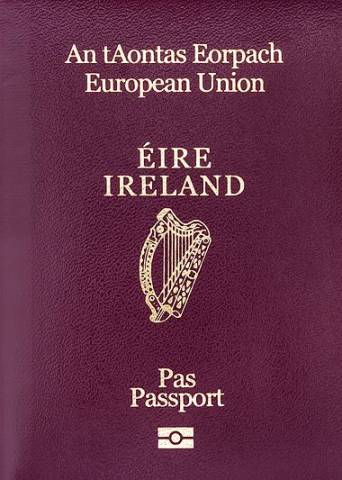 Data collated by Statista points out that six million British citizens could be eligible for dual citizenship. As a result, and just in the three months following the referendum, applications for Irish passports from people in England, Scotland and Wales almost doubled according to data released by the Irish Department of Foreign Affairs: 21,549 British residents applied for an Irish passport compared to 10,959 during the same period last year.

With increased volumes of international payments and the need to offer cost-effective cross-border payments – which, according to a study by the Boston Consulting Group, are expected to grow at an annual rate of 12% -, banks are continuously evaluating their operational and technological landscapes to align their business offerings with their customers’ needs.

In fact, securing these highly valuable prospects as your customers even before they arrived to the UK, or profiting from the estimated larger volume of international transactions, is possible for those financial institutions that offer digital onboarding and electronic identity verification.

Furthermore, not only this is a cost-efficient and secure solution for the financial services provider, but also a secure, convenient, and engaging option for the customer, who will gravitate towards that bank that lent a helping hand at a time when he was looking to start a new live in a foreign country.