In an interconnected world where people keep on the move, changing estates and countries more and more often than ever, the ability to verify your customers’ identity has become capital to ensure a secure and effective acquisition experience.

Being capable of checking the identity of your prospective customers regardless of their country of origin will translate into more safe and effortless acquisitions. Furthermore, having access to mobile ID verification means that you can better target high-value yet currently under-served customers such as expats or foreign students.

Aimed to reduce the hassle and amount of time requested to open a simple bank account, a time that is especially valuable when you are trying to settle and start your life abroad, Koppel launched Monese, a “Current Account, For Mobile People,” which allows customers to open a UK current account on their mobile in minutes, regardless of their citizenship.

But to be able to tap on this mobile people golden nugget mine, you need to offer the adequate technology, as giving your customers an effortless way of entering their data will also help you win them over.

In this vein,  Mobile Fill™ is a game changer:  it removes the need of using cumbersome keypads for data entry, so all your future customers have to do is take pictures of their ID documents with their smartphone or tablet and Mitek Systems’ browser-based data pre-fill solution populates accurate data into forms in seconds.

Another pain point for those willing to say yes to more good customers is when it comes to authenticate the identity of your customers. One of the most common issues is to get their identity validated in a way that is fast, safe, and overall, convenient for all parties.

Also traditional banks such as ABN AMRO in the Netherlands have realized about the potential of expats, offering even non-residents the possibility of opening an account with them even if they don’t live here. 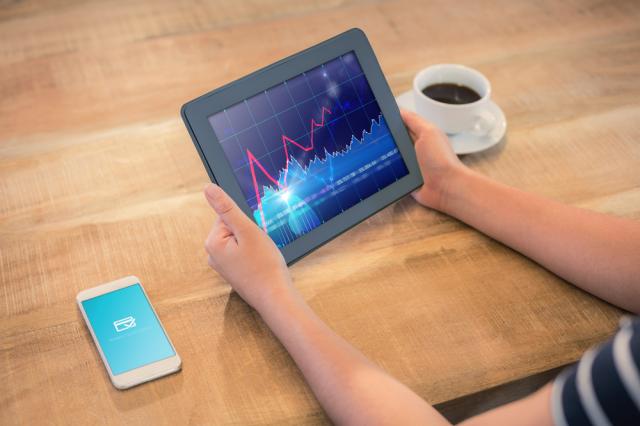 These examples nothing but add to the fact that financial institutions need to keep up with the latest trends, and do it in a way that doesn´t compromise their revenue, nor their security or that of their customers.

Here is where mobile ID verification technology such as Mitek’s Mobile Verify™ enters the scene: it allows to easily and instantly validate your customer’s ID by simply asking them to snap a picture of their government-issued proof of identity and send it through using their smartphone.

No matter how the image comes through, nor its quality, using a combination of advanced image capture software and facial recognition technology, Mitek first verifies the authenticity of a document, and then evaluates the information in the document and applies it for data validation and reputation analysis.

This groundbreaking ID document verification solution assures that the ID presented in a mobile transaction is a genuine, unaltered, and government-issued ID speeding up the onboarding process and helping validate the identity of those coveted unbanked, underbanked or international customers.

Michael Hagen is the corporate ID strategist and managing director of IDchecker, a Mitek Company. Michael joined Mitek, the leading provider of mobile capture and identity solutions, as the corporate ID strategist after the acquisition of IDchecker in 2015. He founded IDchecker in 2004 after identifying a strong need for efficient ID verification in the Dutch pre-employment industry.