After trialing its new mobile payment technology in the US and The Netherlands, Mastercard is bringing its ‘Selfie Pay’ to the UK, so users can pay without entering any password or PIN but just by smiling and blinking to their smartphone’s camera.

Mastercard is betting strongly on its facial recognition technology, aiming to kill two birds with one stone: cutting down online payment fraud and reducing false declines, by the time they engage with the more tech savvy generations.

This step towards safer mobile payments responds to Mastercard’s desire to “identify people for who they are, not what they remember," as President, Enterprise Safety and Security at Mastercard, Ajay Bhalla, puts it. 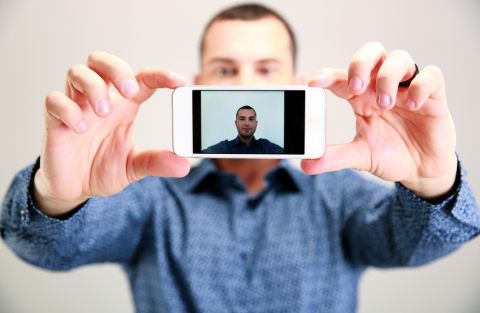 This new layer of biometric security will be added very easily to the Identity verification process: the card holder just needs to take a selfie and blink – to prove that he or she is a real person - and the system will create a digitized map of their face, convert that map into a hash and compare it to the hash stored on Mastercard's servers.

The algorithms in this authentication use facial recognition, motion and other details of a transaction to authenticate the process, so users can pay by simply touching their screen or with a blink at their smartphone’s camera.

Mastercard’s pilot in the US and The Netherlands reveals that 92 percent of those testing selfie software preferred the new system to passwords.

This shouldn´t come as big surprise as both Millennials and Z Gen’s love managing their day-to-day banking, shopping and errands from their mobile devices.

Meanwhile, the card issuer is aiming to reduce the number of false declines, which occur when a legitimate transaction is rejected because of suspected fraud.

According to Mastercard's latest data, one out of every six cardholders has had at least one decline because of suspected fraud.

High spenders and international travelers are by far the most affected cardholders: higher-spending card users account for half of all false declines owing to their spending patterns, highlights Mastercard.

Taking into account that moving forward, Mastercard’s Selfie Pay will roll out the technology to the UK, US, Canada, Netherlands, Belgium, Spain, Italy, France, Germany, Switzerland, Norway, Sweden, Finland and Denmark, deploying such a layer of added security makes sense, as one of the most common reasons for false declines is when credit card users travel abroad and have legitimate attempts to spend blocked.

False declines are a shared burden for end users, merchants and banks, and a costly one: the value of false declines per year has hit 118 billion dollar according to Mastercard, which is more than 13 times the total amount lost annually to actual card fraud.

Being able to run a fast and reliable ID verification based on a selfie-style photo that the cardholder can easily take with their smartphone will definitely help to cut down the losses generated by false declines, as well as to strengthen your customer base’s loyalty as...who doesn´t like a good selfie?

Having access to a technology that combines facial recognition with remote ID documents authentication is clearly a must for those wanting to tap on such a widely spreading market as secure and convenient mobile payments.